Today, we’re considering incorporeal hereditaments. Lawyers like cool terms like these, because they can charge more when their clients can’t understand what they’re saying. Here at treeandneighborlaw.com, we demystify the law for you. That’s us – the homeowner’s friend.

Before we pull a muscle patting ourselves on the back, let’s get to today’s topic. A hereditament is nothing more than a right that can inherited. A corporeal one is that may be seen and handled, like a piece of real estate. Back in the day, conveyance of land was done by livery of seisin, wherein the propert seller would actually hand the buyer a twig or clump of dirt, a ritual conveyance of the real estate being sold. An incorporeal hereditament, on the other hand, is something that couldn’t be symbolically passed off, something intangible like an easement.

Sound boring? Some North Carolinians found out that boring or not, it’s important. A couple of landowners had, over the past 11 years or so, planted trees, built fences and otherwise taken actions inside a 30-foot driveway easement that encroached on the use of the passage by its owners. The easement owner, stymied in his use of the drive, sued. The defendants argued “too little, too late:” the plaintiffs were way beyond the 6-year statute of limitations for suing on incorporeal hereditaments. The plaintiffs said “poppycock!” (a legal term meaning “fiddlesticks!”). The statute didn’t start running until the invasion of the easement had passed the 20-year period for adverse possession of land or prescriptive easements. In other words, the plaintiff argued, he had 26 years from the time the trees were planted and fences were built to bring a lawsuit.

The Court of Appeals disagreed, siding with the defendants. This wasn’t a case of someone trespassing, taking land by adverse possession or a right by prescriptive easement. This was someone trying to undo an express easement. The lawsuit simply related to an incorporeal hereditament, and it was subject to the 6-year statute.

The incorporeal hereditament not taken … as Robert Frost might have said.

The result is curious. It means that an owner of an easement, a right that is often as valuable as the property itself, can lose that right by interference by the servient estate owner in a relatively brief period of time. To use a legal term, “you snooze, you lose.”

Pottle v. Link, 654 S.E.2d 64 (N.C.App., 2007). The Pottles owned Tract 6 on Cedar Island, and Snug Harbor South, LLC, owned Tract 4. Both of these owners held 30-foot wide easements allowing ingress to and egress from the public road to Tracts 6 and 4 and other lots. Mr. Link owned Tract 3 and Mr. Willets owned Tract 5, adjacent lots which were the servient estates over which the easements ran. About 11 years before the lawsuit was filed, Link planted several oak, cypress, holly, and cedar trees on Tract 3, joined several years later by two more oak trees to replacing two that had been destroyed by hurricanes.

He maintained the trees by installing an irrigation drip line and planting other vegetation on the tract In the summer of 2004, Willets installed a post and rope fence on Tract 5, and in 2005, Link built a fence. The Pottles and the LLC sued, arguing that Link’s trees and impeded traffic on the easement, and that Willets’ post and rope fence encroached on the easement as well. Plaintiffs filed a motion for summary judgment, arguing that Link and Willets had refused to clear the easements to provide access to property that had no other routes of access. Link and Willets moved for summary judgment, too, arguing that the 6-year statute of limitations for injuries to incorporeal hereditaments had expired, and that the plaintiffs’ actions constituted an abandonment of the easement. The trial court granted summary judgment to the plaintiffs, and defendants appealed. 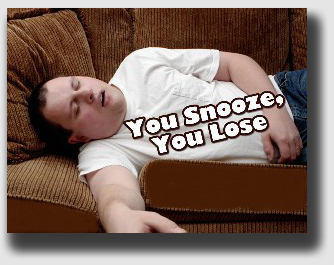 Here’s a legal expression anyone can understand …

Held: Summary judgment for the plaintiffs was reversed, and the defendants won on many of the issues. The Court of Appeals noted that the parties agreed that all encroachments, except the fences installed in 2004 and 2005, were planted or installed approximately nine to eleven years before the lawsuit. The only question, the Court said, was which statute of limitations applied. An affirmative easement is a right to make some use of land owned by another without taking a part thereof, while a negative easement prohibits the owner of a servient estate from doing something otherwise lawful upon his estate, because it will affect the dominant estate. Easements are incorporeal hereditaments, which is defined as “[a]n intangible right in land, such as an easement.” N.C. Gen.Stat. §1-50(3) requires that an action for injury to any incorporeal hereditament be brought within six years. The plaintiffs argued that the injury in this case was similar to an adverse possession, having a limitation period of twenty years, but the Court disagreed, holding that the cases relied on by the plaintiffs related to a defendant’s continuous trespass onto the plaintiffs’ property, not on plaintiffs’ incorporeal hereditament.

Because an injury to an incorporeal hereditament was at issue in this case, rather than a continuous trespass or a prescriptive easement to property held in fee, the Court held that N.C. Gen.Stat. §1-50(3) applied, and that plaintiffs’ case was barred where the six-year statute of limitations had been satisfied. All but two encroachments onto the plaintiffs’ easement began 9 to 11 years before the lawsuit. The defendants were therefore entitled to partial summary judgment as a matter of law. The fences had not been in place more than six years, but because the defendants argued that the fences did not encroach on the easement, an issue of fact existed, and summary judgment in favor of the plaintiffs had to be reversed.

The case was sent back to go to trial on the question of whether the fences encroached on the easement.