YOU HAD ONE JOB 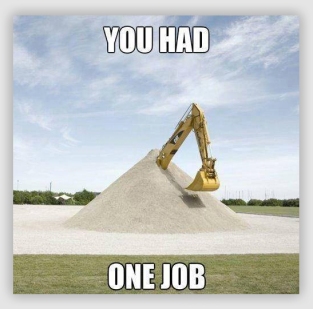 The municipal position of tree warden in this country is unique to a few New England states. In Massachusetts and Connecticut, for example, state law requires that each town appoint one. A tree warden is a person in charge of shade trees on public town lands. The word “warden” was a common title for natural resource officials in the late 1800s. Being a warden signified a unique legal responsibility: to guard public resources against destructive forces that might include persons, insects, or diseases.

A tree warden may be either or appointed. In either case, the responsibility is the same – to oversee the care, maintenance, or removal of all public shade trees. As both manager and advocate, the tree warden must protect the trees and, where necessary, protect the public from the trees.

Massachusetts describes the tree warden’s functions as being “broad and includ[ing] responsibility for all community trees – on streets and town commons as well as in parks, schoolyards, and town forests. The position of tree warden requires qualified training in arboriculture, the science of tree care. A tree warden should also have good communication skills for dealing with the public, municipal department heads, and local politicians.”

Connecticut says that “Tree wardens are appointed public officials responsible for trees alongside public roads and in public spaces, other than those on state property or under the jurisdiction of a park commission. Each municipality is required to have a tree warden. The tree warden’s responsibilities include approving the planting, pruning or removal of trees under his or her authority. Public safety is among the chief concerns of the tree warden.”

Fans of the many “you had one job” posts online (and even on ESPN, sports-themed, of course) can appreciate the “fail” in today’s case. A Connecticut town tree warden ignores his duty to check on a tree that a concerned resident reports on several occasions as dangerous and decayed. The woman even had her own arborist look at it, but the tree was on town property, so it was up to the town to care for it. And that meant it was up to the tree warden.

He ignored it for nearly a year. Sure enough, it fell… right across the road and onto a passing car. When the motorist and his wife sued the town and the tree warden, the defendants claimed immunity. It turns out there is plenty of immunity for a government official acting according to his or her discretion. But immunity for failing to drive out to check on a reported danger tree?

Wisniewski v. Town of Darien, 135 Conn. App. 364, 42 A.3d 436 (Ct.App. Conn. 2012). Mieczyslaw (let’s call him “Bud”) and Jolanta Wisniewski were injured when a tree within the street right-of-way toppled onto his car in front of 35 Rings End Road, inside the Darien, Connecticut city limits. This should not have surprised the Town, which had been notified several times by property owner Kristen Doble that her arborist had determined that five trees located near the roadway “need attention.”

On one occasion, Kris told the Town that limbs had fallen from trees near the roadway. On another occasion, she asked that the Town send someone to examine a “hollow” tree located near her front gate, next to the roadway, that had lost a leader (which is “a primary or terminal shoot of a plant (as a main branch of an apple tree or the terminal shoot of a spruce tree… the upper portion of the primary axis of a tree especially when extending beyond the rest of the head and forming the apex…” leader.

At the time Kristen complained and later, when the tree fell on Bud and Jolanta’s car, Mike Cotta was the Town’s tree warden. Pursuant to General Statutes § 23-59, he was responsible for the care and maintenance of trees located along certain rights-of-way within Darian’s geographic limits. There were no other express town charter provisions, rules or ordinances directing Mike’s duties as tree warden. 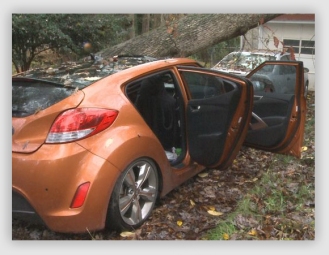 The jury found for Bud and Jolanta, holding that he had established Mike’s and the Town’s negligence under § 52-557n. Although the defendants established that their duty to maintain the subject tree was public in nature, they failed to establish that their duty to inspect, maintain and remove the tree was discretionary. Jolanta Wisniewski got $200,000, and Bud Wisniewski was awarded $1.5 million.

Mike and the Town appealed.

Held: Mike and the Town of Darian were liable for negligence.

As a general rule, a municipality is immune from liability for negligence unless the legislature has enacted a statute abrogating that immunity. In this case, Gen. Stat. § 52-557n abandons the common-law principle of municipal sovereign immunity and lists circumstances in which a municipality may be liable for damages. One is a negligent act or omission of a municipal officer acting within the scope of official duties. Section § 52-557n(a)(2)(B) explicitly shields a municipality from liability for damages to person or property caused by the negligent acts or omissions which require the exercise of judgment or discretion as an official function of the authority expressly or impliedly granted by law. Municipal officers are not immune from liability, however, for negligence arising out of ministerial acts. Ministerial acts are defined as acts to be performed in a prescribed manner without the exercise of judgment or discretion.

The language of Conn. Gen. Stat. § 23-59 provides that many, but not all, of the duties of a tree warden involve the exercise of discretion, and thus are immune.

The determination of whether official acts or omissions are ministerial or discretionary for liability purposes is normally a question of fact for the fact finder. Generally, evidence of a ministerial duty is provided by an explicit statutory provision, town charter, rule, ordinance or some other written directive. Testimony of a municipal official, however, may provide an evidentiary basis from which a jury could find the existence of a specific duty or administrative directive.

A municipal employee, and, by extension, the municipality, may be liable for the misperformance of ministerial acts, but are entitled to immunity in the performance of governmental acts, including acts that are discretionary in nature. 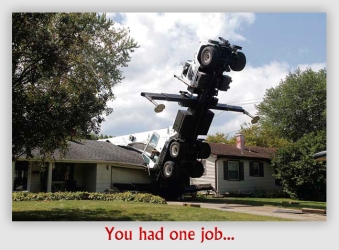 Although Darian maintains no written policies directing the conduct of its tree warden, the town’s assistant director of public works, Darren Oustafine, testified at trial that the general direction provided to Mike Cotta upon receipt of a complaint “is always the same, look at the tree, make a determination. Is it a safety concern? Is it a priority?” Moreover, Cotta himself testified that upon receipt of a complaint regarding a potentially hazardous tree, he has a nondiscretionary duty perform an inspection. “In light of the evidence adduced,” the Court said, “including Cotta’s own statements, which were couched in mandatory language, it was appropriate for the court to decline to direct or to set aside the verdicts on the basis that the defendants’ actions as a whole were discretionary as a matter of law.”

The evidence in the record was enough to let the jury reasonably find that some of Mike’s duties, including the duty to inspect upon receipt of a complaint concerning a potentially hazardous tree, were ministerial. This was especially so given that Mike testified that upon receipt of a complaint regarding a potentially hazardous tree, he had a nondiscretionary duty to perform an inspection. The evidence showed a total absence of any documentation in the town’s work order records concerning Mike having inspected the trees. Although Mike testified at trial that he had performed a quick visual inspection, he admitted that performing a quick visual inspection is “not the same thing as saying you inspected it at all…” In addition, in a pretrial deposition, Mike admitted that he had not inspected the trees for decay or, for that matter, “for any reason.”

Furthermore, although Mike testified at trial that he had gone to the property and pruned the hazard tree in 2004, Bud and Jolanta introduced a deposition transcript in which Mike testified that he had not returned to the property between March 14, 2003, and July 11, 2006. Thus, the Court said, “numerous issues were raised concerning Cotta’s credibility, and the jury was free to decide that Cotta was not credible and to resolve the claim in favor of the plaintiffs that he failed to respond to any of the complaints by going to the property to inspect the trees.” Bud and Jolanta’s expert “opined that the subject tree would have exhibited signs of decay in 2002 and 2003, when Doble lodged her with the town. Accordingly, the jury could infer that a reasonable tree warden, had he performed an inspection, would have determined that the subject tree was a hazard.”