YOU SHOULDA WORN A HAT

Everyone has probably experienced it. Something goes terribly wrong, and the numbskull responsible for the mishap refuses to step up. Instead, he or she points at you, and finds a reason it’s all your fault.

It’s a Lucy Van Pelt moment. In one memorable Peanuts strip, When she was reprimanded for fighting with her little brother, the blanket-toting philosopher-kindergartner Linus, she pointed at him and argued, “It’s his fault. He hit me back first.”

Juries can be swayed by convincing variations of this theme, where the plaintiff is denigrated as somehow as liable or more liable for the accident than is the defendant. Sometimes it is true. But often it is not. It falls to the trial judge to regulate the flow of evidence to let the relevant stuff in while prohibiting material that might “inflame the passions” of the jury into reaching a verdict that is stupid.

Indiana’s approach is common. There, for example, the law prohibits a defendant from introducing evidence that an injured plaintiff was not using safety equipment, unless the failure to use the equipment somehow contributed to causing the injury. 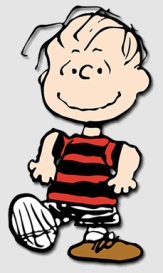 Today’s case is from the U.S. Court of Appeals for the 7th Circuit, because the negligence action was brought in federal district court. It was what is called a diversity case, allowed in federal court because the plaintiff was a resident of one state while the defendant was a Hoosier. In diversity cases, the federal courts are bound to apply state law, which is how three judges in Chicago can be so focused on Indiana law.

Webber v. Butner, 2019 U.S. App. LEXIS 13409 (7th Cir., May 3, 2019): Johnny Webber was helping his friend Roger Butner cut down trees on Butner’s property. Johnny was not a professional logger, and he was not wearing a hardhat while cutting down the trees. The duo agreed that Johnny would operate the chainsaw while Roger would assist by watching out for hazards. While Johnny was cutting into one of the trees, a dead branch fell on his head, causing severe injuries.

Johnny sued Roger, arguing that he had a duty to take reasonable steps to protect Johnny’s noggin, both because he was the landowner and because he had agreed to look out for hazards, but failed to warn Johnny of the falling branch. Johnny said his injuries were a proximate result of Roger’s breaches of duties.

Roger removed the case to federal court, and the case was tried to a jury. Before opening arguments, Johnny moved to exclude evidence that he had not been wearing a hardhat while he was cutting down the trees. The district court turned him down, ruling that the evidence could be introduced “to show assumption of risk, comparative fault, and whether Johnny Webber acted as a reasonably careful person.” In his closing argument, Roger’s counsel employed the Lucy defense, reminding the jury that Johnny was to blame because he cut the trees “without wearing any safety helmets, any safety equipment,” and that “you can consider that testimony that he didn’t wear a hardhat, so he basically—he assumed the risk of that danger.”

The court instructed the jury: “Evidence relating to the use of a hardhat is offered to show assumption of risk, comparative fault, and whether Johnny Webber acted as a reasonably careful person. You may not consider it to show whether it would have prevented or altered the extent of Johnny Webber’s injuries.”

The jury did not bother to parse things that finely, apportioning 51% of fault to Johnny and 49% of fault to Roger. Under Indiana law, this meant Johnny got nothing.

Johnny appealed, challenging the trial court’s admission of evidence that he was not wearing a hardhat, and the jury instruction on what it could use that evidence for. 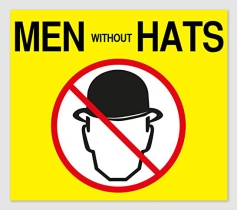 Held: Johnny was entitled to a new trial, because the evidence he was not wearing a hardhat should never have come in, and the results were so close that the erroneous admission of the hardhat evidence probably affected the outcome.

The Indiana comparative fault statute, Ind. Code §§ 34-51-2-7(b)(2) and 34-51-2-6, is a type of modified 50% comparative fault law. The Act replaced the common law rule of contributory negligence, under which a plaintiff who was even slightly negligent was barred from any recovery. Instead, the Act allocates fault proportionally, ensuring that each person whose fault contributed to cause injury bears his or her proportionate share of the total fault contributing to the injury.

However, the “modified” part of the Comparative Fault Act is this: If a claimant is deemed to be more than 50% at fault, he or she is barred from recovery. In determining fault, Indiana law also prohibits admission of evidence that an injured plaintiff was not using safety equipment, unless the failure to use the equipment contributed to causing the injury. Ind. Code §§ 34-51-2-7(b)(1) and 34-51-2-3.

To prove that Roger was at fault for his injury, Johnny would have to show (1) Roger owed him a duty; (2) Roger breached his duty by allowing his conduct to fall below the applicable standard of care; and (3) Johnny was injured by Roger’s breach of duty.

A broad range of conduct initially may be considered by the jury, but it may allocate comparative fault only to those people whose fault was a proximate cause of the claimed injury.

Johnny probably should have worn a hardhat, although it is unlikely that the hardhat would  have lessened his injuries much, if at all. But it is clear that Johnny’s failure to wear his hat did not cause the branch to fall, or cause Roger not to be vigilant in seeing the danger. That being the case, the court should not have let in the evidence that Johnny was bare-headed.

Roger’s margin of victory was razor-thin. Two percent the other way, and Roger would have been liable for 51¢ of every dollar of damage to Johnny. As the Court of Appeals put it, “Admitting this evidence and submitting an instruction to the jury that allowed them to consider it in apportioning fault were legal errors. The jury’s apportionment of fault between the parties was so close that we cannot treat the errors as harmless.”