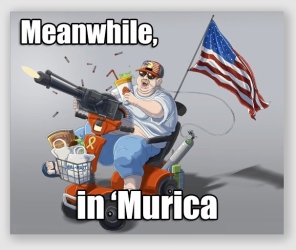 Of course not, you snort. “This is ‘Murica. I have rights! They can’t make me do nuthin’!”

“Not so fast,” as Lee Corso might say. Despite the fact that this is ‘Murica, and in ‘Murica the government seemingly cannot conscript you to do its bidding, it turns out that you can be forced to mow the city’s grass in some limited circumstances.

The other day, I talked about the constitutional police power. Today, we see a darker side of it. 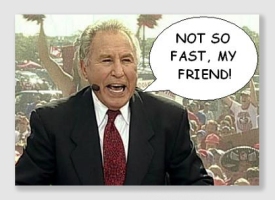 Goodenow v. City Council of Maquoketa, 574 N.W.2d 18 (Sup.Ct. Iowa, 1998). The City of Maquoketa, Iowa, enacted an ordinance requiring landowners whose properties were next to a city street to mow grass and trim weeds growing in the City-owned right-of-way, or pay the City to do it. J.E. Goodenow saw it as an unconstitutional a taking of property for private use in violation of the Fifth and Fourteenth Amendments to the United States Constitution, and in violation of article I, section 18 of the Iowa Constitution.

This being ‘Murica, he sued.

Held: A municipality may exercise its police power by adopting ordinances to promote public welfare, to provide for safety and comfort of its inhabitants, and to declare and prevent nuisances. Such ordinances would include the mowing ordinance at issue in this case.

The Supreme Court of Iowa held that in order to be constitutional, an ordinance must have a definite rational relationship to the ends sought to be served by the ordinance. 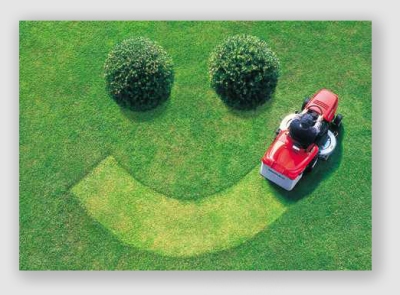 Also, the Court noted, in Commonwealth v. Watson, 223 Ky. 427, 3 S.W.2d 1077 (Ky. 1928), a Kentucky court of appeals upheld a statute requiring abutting landowners to cut or clear away weeds and bushes growing along public highways. As in the Washington case, the Kentucky court concluded that it was reasonable to require abutting landowners to clear away weeds along public highways for the same reason that cities had authority to require landowners to remove snow from city-owned sidewalks abutting their property.

Thus, the Court held, that Maquoketa’s ordinance requiring abutting landowners to mow grass and weeds growing on city owned property for the benefit of the public at the expense or labor of the landowners promoted and protected public health, safety and welfare of persons who traveled upon city streets. What’s more, the ordinance was reasonably related to achieving those goals.

The ordinance was a valid exercises of police power, and did not constitute an unconstitutional taking of property without compensation.