BEATING AROUND THE BUSHES

When the telephone company built a substation on Mr. Doelle’s land, he didn’t beat around the bush. He sued for trespass.

Sounds more like a divorce, doesn’t it? The idea was that Mr. Doelle could screen the substation from his view with a few strategically-placed bushes, and the money was to enable him to plant whatever he wanted.

Despite the trial court’s crafty decision, no one was happy. Mr. D appealed the eminent domain, and the phone company appealed the “shrubbery support” award.

The Court of Appeals cleaned things up. It upheld the trespass and the phone company’s right to take the property for the public good. It approved the $300 value for the land, but it reversed the “shrubbery support.” You see, Mr. Doelle had never asked for trees or shrubs to screen his view of the substation. The trial court has certain inherent powers to fashion an appropriate set of damages for the wrongs brought before it, but the “shrubbery support” award appeared to be based more on the trial court’s sympathy for Mr. Doelle’s visual plight than on any evidence.

The trial court upheld the trespass but found Mr. Doelle hadn’t been damaged. It also awarded Mountain Bell the claim the property for the common good, awarding Mr. Doelle $300 for the value of the land that was taken. The Court then awarded him an additional $400 to install shrubbery to screen his view of the substation, thereby making the intrusion less onerous. Mr. Doelle appealed the eminent domain ruling, and Mountain Bell appealed the $400 in “shrubbery support.” 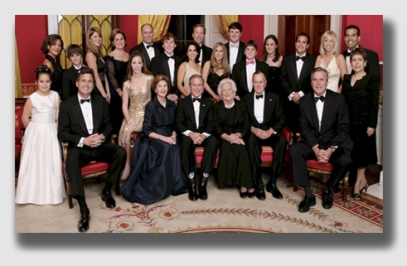 The Bush family – remember them?  They are not related to the bushes involved in today’s case.

Held: The Court of Appeals upheld the trespass and Mountain Bell’s right to claim the property by eminent domain. However, it reversed the $400 shrubbery award to Mr. Doelle.

The Court observed that Utah’s law of eminent domain does not provide for equitable damages. Rather, the trial court found authority to make the award entirely from its inherent power. Even assuming that the trial court had the equitable power to fashion an appropriate remedy, the Court of Appeals said, Mr. Doelle never sought equitable relief in the form of trees to screen his view of the substation nor presented evidence concerning the cost of planting trees.

While a trial court’s award of damages will not be set aside unless it is clearly erroneous, an award must be based on reasonable inferences rather than on mere sympathy. When damages cannot be fixed with desired certainty, the proof must be reasonable under the circumstances.

This damage award was not reasonable.