Denise Pevarnek’s agent chopped down her neighbors’ trees so she’d have a better view of the river. The neighbors complained (surprisingly enough), but Denise steadfastly ignored their remonstrances. The neighbors then sued, but Denise ignored the summons. She finally decided to start paying attention after a default was entered against her and the trial court intended to assess treble damages against her in the amount of $77,000.

Denise tried futilely to undo the consequences of her earlier indolence. Alas, a stitch in time saves nine. The Court ruled that she had had plenty of notice, but her decision to ignore the lawsuit was her problem, and undoing the default she so richly deserved would have turned her problem into her neighbors’ problem. And they were already smarting from the loss of their trees.

Of interest in the case — one argument Denise included in her scattershot but untimely defense — was her contention that the cost to replace the trees wasn’t the right measure of damages, and that the trial court was wrong to rely on an affidavit of an arborist that didn’t explain in detail how he had arrived at the damage costs. The Court rejected this, saying that in the case of trespass, the measure of damages is either the reduction in value of the property, or — where the property can be repaired — the cost to fix things. The goal of the damage award, according to the Court, is to come as close as possible to compensating the owner for the damages, and trial courts have a lot of latitude to choose the method that seemed more reasonably calculated to do so.

The affidavit, the Court noted, laid out the expert’s education and experience, showed that he had inspected the damaged real estate. and proposed a reasonable strategy for repairing the harm. The arborist listed what had to be done and how much he’d charge to do it. It might not be perfect, but perfection is often the enemy of “good enough.” The affidavit, the Court ruled, was “good enough.” 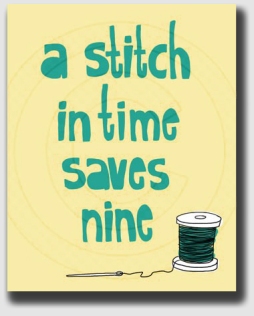 The Court reminded the defendant that if she really had found the damage showing to be flawed and superficial, she could have come to the hearing and contested it. Snooze and lose, indeed.

Bologna v. Pevarnek, 2007 Mich. App. LEXIS 2689, 2007 WL 4207801 (Mich.App., Nov. 29, 2007). Denise Pevarnek hired Chester Damiani to clean up her property. He was zealous to a fault, deciding that to improve the view of the Detroit River from her adjacent lot by cutting down trees belonging to her neighbors, the Bolognas. Believing that Denise and Chester’s conduct was baloney, the Bolognas sued for trespass, alleging that the destruction reduced the value of their property and exposed a view to Pevarnek’s unsightly neighboring property and asking for $28,000, trebled by Michigan’s wrongful cutting statute to $84,000.

Denise Pevarnek was served with the lawsuit, but she didn’t answer. As is customary when that happens, the Bolognas got a default judgment. Thereafter, they presented an affidavit of a certified arborist that the cost of landscape restoration was $24,050. At this point, Denise took notice, and began taking action to defend, seeking to have the default undone. The trial court refused, and it entered judgment against her for $77,730. Pevarnek appealed.

Held: The judgment was upheld. Much of the case revolves around whether Denise  should be relieved from her default judgment. The Court of Appeals ruled, in essence, that she knew about the suit and did nothing. In other words, “you snooze, you lose.” But of interest in the area of tree law was Denise’s claim that the trial court was wrong in using the cost of replacing the trees as a measure of the damages the Bolognas suffered. The Court of Appeals said where the wrong consists of a trespass to property resulting in an injury to the land that is permanent and irreparable, the general measure of damages is the diminution in value of the property. If the injury is reparable or temporary, however, the measure of damages is the cost of restoration of the property to its original condition (if less than the value of the property before the injury). 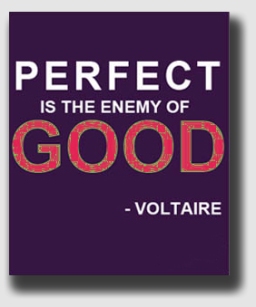 The rule is, however, flexible in its application. The ultimate goal is compensation for the harm or damage done. Thus, a court may apply whatever method is most appropriate to compensate a plaintiff for his or her loss. Here, the Court said, given the fact that the Bolognas’ trees could be restored, it was proper for the trial court to use the cost-of-restoration method.

Pevarnek argued that the trial court erred by adopting without question the assertion of alleged damages without sufficient foundation. The plaintiff had filed an affidavit of arborist Steve McCollum, who swore that – in order to return the property to its pre-trespass condition, that is, with no view of Pevarnek’s property – 12 new trees had to be planted, some existing trees had to be replanted, the over-pruned trees had to be removed, and the lawn had to be repaired. He stated that the total cost of this work was $24,050. The trial court awarded plaintiffs damages of $77,730, equal to three times the sum of the cost of work proposed by McCollum and $1,860 for the cost of a privacy fence. Although McCollum’s affidavit didn’t explain how he calculated the damages, he stated his qualifications and education, he said he had personally inspected the Bologna property, assessed their needs, specifically listed the work to be done, and listed the cost for his business was to complete it. The Court said the expert affidavit put forth a reasonable basis for the damage computation, and that was enough.