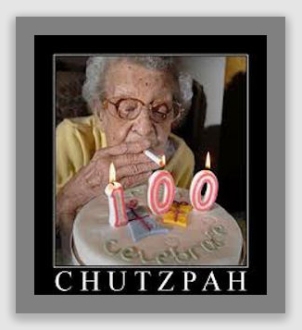 Just when I think I have seen all of the chutzpah that it is humanly possible to muster, someone impresses me with an Olympian performance.

Take Henry and Angela D’Andrea, for example. When the roots of their maple tree, after 14 years of impressive growth, began to eat a lightweight concrete-block fence – made with Waylite Superock® blocks, something new to me but apparently a material of note a generation or two ago – Hank and Angie did not offer to fix their neighbor’s wall. They did not even keep their mouths shut, which you might expect the tree’s owners to do under the circumstances.

Cosmic justice has a way of getting done. The neighbors did the only thing they could do (lawfully, that is), and counterclaimed against the D’Andreas. The trial court agreed that the fact that the Guglietta fence was unsightly was not enough to make it a nuisance. (Good thing, too… imagine the precedent that would set for all of the unsightly people in this world if their unsightliness made them a per se nuisance). The court did, however, award damages to the defendant Gugliettas for the damage that the D’Andrea maple roots had done to the fence.

The appellate court strained to justify the award, but justify it it did. The Superior Court held that while the Massachusetts Rule addressed both branches and roots in dictating that self-help was the only remedy available to an afflicted neighbor, it could not possibly mean it. Really, the Court ruled, roots were quite different from branches. For instance, roots grow differently than branches, vertically, horizontally, every which way. Plus, the roots are underground: you can see branches and can trim them when needed, the Court opined. But you never see a root until it has caused damage. 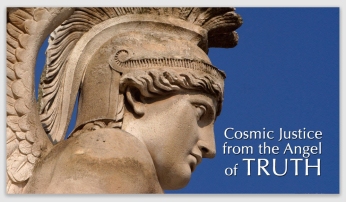 Does any of this make sense? That hardly matters… cosmic justice requires that sometimes logic and precedent yield to its demands.

D’Andrea v. Guglietta, 208 N.J. Super. 31, 504 A.2d 1196 (Superior Ct. N.J. 1986). Henry and Angela D’Andrea’s maple tree had been planted about three feet from the boundary about 14 years before. As healthy trees are wont to do, it grew, extending both branches above ground and roots below, until it cracked a Waylite block boundary fence owned by John and Pat Guglietta. The D’Andreas sued the Gugliettas on the grounds that the fence was cracked  and falling down – an unsightly mess – and a nuisance, asking that the trial court order that it be removed.

The Gugliettas counterclaimed, arguing that the fence was fine, but the D’Andreas’ maple tree was the true nuisance.

The trial court dismissed the D’Andreas’ action because their only proof was that the boundary fence was aesthetically displeasing to them. Mere homeliness, the Court ruled, is not enough to support a finding of a nuisance, As for the Gugliettas’ claim, however, the trial court held that the D’Andreas were liable for the unforeseen damage to their neighbors’ wall arising out of root growth from the maple tree.

The maple tree was planted around 1970, about the same time the Gugliettas installed a chain link boundary fence. Three years later, they removed the chain link fence, and replaced it with their Waylite block fence; the maple tree roots were nowhere near the wall when the Gugliettas dug down to put in foundation footings.

Eleven years later, things had changed. The Gugliettas noticed a crack in the wall. Or several cracks. They dug along the wall’s foundation and discovered “gigantic” maple roots up to 30 feet long coming through the wall. A masonry contractor estimated repair would cost about $ 3,000.

The D’Andreas never argued the obvious defense, that the Gugliettas could have avoided the injury to their masonry wall by self-help, that is, by digging down, severing and removing the maple tree roots on their side of the common boundary. The trial court awarded judgment for the Gugliettas on their counterclaim, and gave them damages but no specific relief (like an order that the D’Andreas do something about their tree. 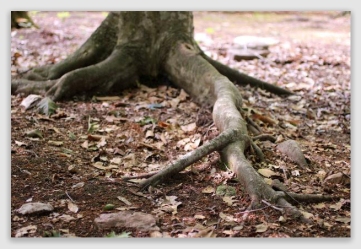 Held: The maple tree was a nuisance, and had to go.

Under common law principles, the Gugliettas were entitled to cut off invading tree roots by exercising self-help, under the Massachusetts Rule. In fact, the trial court held that overhanging tree branches may constitute a nuisance for which an action for damages lies, and that a landowner may exercise the common law right of self-help to lop off overhanging branches to the property line but no further. “As a matter of logic,” the trial court ruled, “no distinction can be made between roots and branches.” It nevertheless awarded damages to the Gugliettas.

The Superior Court, needing to bolster the damage award it obviously agreed with, disagreed. The approach that roots and branches are the same “overlooks real distinctions between the two,” the Court held. “Unlike tree branches, tree roots are largely underground and evident only upon digging down; their extent and girth may be uncertain and unpredictable; they are not commonly pruned or otherwise tended; their severance may endanger the tree’s stability in high winds and rainstorms. A tree root system may extend vertically downward or may spread laterally close to the surface. The relatively uncomplicated law governing invasion of adjoining  property by tree branches may not be fairly applicable under all circumstances to tree roots.”

There is general agreement, the Superior Court said, that tree roots extending under a neighbor’s land are owned by the owner of the land on which the tree trunk stands; that the owner of a tree has no right to its sustenance from adjoining land; and that a neighbor may resort to self-help to remove invading tree roots. The Court acknowledged that the Massachusetts Rule is that damage caused by tree roots spreading from an adjoining property is damnum absque injuria and that the only redress is self-help.

Other reported decisions however, have recognized a cause of action for damages for injury caused by tree roots from a tree or trees planted by the owner of adjoining property or his predecessor. As well, they have barred recovery of damages for tree root injury by applying the defense of avoidable consequences, In fact, the Court observed, the Hasapopoulos court in Missouri viewed as decisive the evidence that the tree involved was “healthy and undecayed” and that plaintiff had failed to resort to self-help. 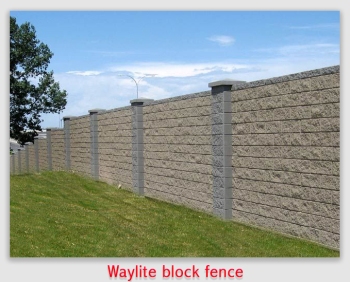 The Superior Court noted that the Restatement of Torts draws a distinction between nuisances resulting from artificial and natural conditions of land. The former are actionable, while the latter are not.

Here, the Superior Court ruled, the trial court was right to hold that injury to an adjoining property caused by the roots of a planted tree was actionable as a nuisance, irrespective of the absence of proof of prior notice of the nuisance to D’Andreas. Damages were recoverable, even in the absence of any proof that the damages were avoidable or that defendants had “come to the nuisance.”

When the Gugliettas dug down for foundation footings for their masonry wall in 1973, roots from the D’Andreas’ maple tree planted three years before were nowhere about. Nothing in the record, the Superior Court said, suggests that the maple tree’s roots heaved up or were in any way evident in the vicinity of the masonry wall between 1973 and 1984, when the wall cracked, or that the Gugliettas should have foreseen the direction and extent of the tree roots’ growth.