THOU SHALT NOT COVET THY NEIGHBOR’S TREES

Kee Nee Moo Sha, Inc., had a tract of wooded land on a lake, next to a Bible camp owned by the Baptist Church. What could be wrong with that? No loud music, no dancing all hours of the night, no boozing or riotous living… right?

The minister in charge of the Bible camp knew where the boundaries between the Baptists’ and the company’s lands lay. But he had a problem. How could he build more cabins for the pittance that had appeared in his collection plate? The Lord turned seven small loaves and a few fishes into a feast for 4,000 people. But the preacher, a lesser mortal, couldn’t stretch what little he had into more lodging.

And verily, he began to covet his neighbor’s trees.

The minister had a logger cut down about a hundred of Kee Nee Moo Sha’s pine trees. Surely this was manna from heaven — free timber! Except it wasn’t free, as the Baptists soon found out.

Kee Nee Moo Sha reacted much like a modern, more restrained version of the angry vineyard owner.  It sued. The Baptists failed to heed the Lord’s admonition to make peace with the plaintiff before you get to court. Too bad, too. The court found that the minister’s trespass was willful, and in fact, it appeared to be rather irked with the fact that – once on the witness stand – the man of the cloth wasn’t very familiar with the 9th Commandment, you know, the one about bearing false witness and all.

Kee Nee Moo Sha wanted the Baptists to pay for the enhanced value of the timber — that is, the value of the timber after being milled — and the court agreed that measure of damages is acceptable where the trespass is willful. But the court can’t guess at what that value might be, and where Kee Nee Moo Sha failed to introduce any evidence on the enhanced value, it missed its opportunity.

The trial court assessed punitive damages against the church camp instead of the treble damages for wrongful cutting which statute permits. The Court of Appeals noted that this was entirely permissible, because sometimes trebling the damages just isn’t good enough to deter such conduct. Where the trespass is wanton but the damage only amounts to $100, $300 might just not get an errant preacher’s attention nearly so effectively as a whopping punitive award. The Court said that either trebling or punitive damages may be applied, at the trial court’s discretion. 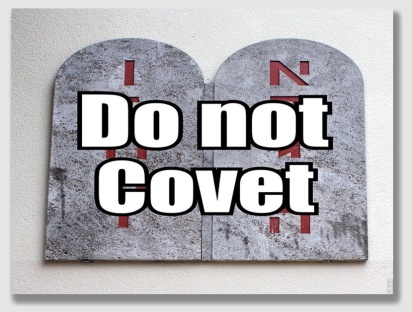 And thus, the Baptists rendered unto Kee Nee Moo Sha …

Kee Nee Moo Sha, Inc., v. Baptist Missions of Minnesota-Plymouth Point Bible Camp, Not Reported in N.W.2d, 1990 WL 212222 (Minn.App. 1990). Kee Nee Moo Sha, Inc., is a family-owned corporation organized for the purpose of holding more than 100 acres of forested land near Hackensack, with a resort on the southern end of the property. The resort belongs to the Baptist Church.

In late 1976, in connection with the transfer of the Baptist’s church property to another church unit, a surveyor was hired to survey and mark the boundary between the Baptists’ land and the Kee Nee Moo Sha property. Shortly after the survey was completed, and while the brush was all cleared and orange flags marked the line, the surveyor walked the boundary line with one of the church’s pastors, pointing out in detail the location of the boundary.

About four years later, the pastor wanted to build more camp buildings as cheaply as possible. Looking for some do-it-yourself financing, he arranged for a local logger to cut about 100 pine trees in and near the main camp buildings. While most of the timber was cut on church property, 26 pines were cut on Kee Nee Moo Sha land. In addition, the pastor had the logger clear cut nearly 100 birch and aspen from the same area of the Kee Nee Moo Sha property, along with 1,600 cubic yards of sand which was used in a drain field near the Baptist building project. Kee Nee Moo Sha was unamused.

Here, the trial court found it couldn’t use the “enhanced value” measure, because no evidence was introduced to permit the Court to determine the value of the processed lumber. Consequently, the trial court used the stumpage value presented by the Baptists to set compensatory damages, and awarded punitive damages in addition to arrive at a fair number. The trial court, passing up treble damages that were authorized but not required by statute, awarded punitive damages instead. The trial court found that “even an award of treble damages for that taking would not adequately punish [the Baptists] or compensate [Kee Nee Moo Sha] for the willful trespass which has occurred.”

The Court agreed that the trial judge’s approach was justifiable under Rector v. C.S. McCrossan, Inc., and the treble damage statute. It observed that Rector, while referring to various measures of damages, does not refer directly to punitive damages. Punitive damages may be awarded, however, when “the acts of the defendant show a willful indifference to the rights or safety of others.” The trial court found that the Baptists’ behavior was willful, and the evidence supported it. 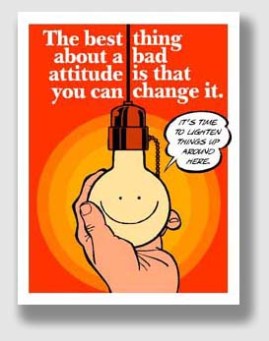 Minnesota law provides that any award of punitive damages will be “measured by those factors which justly bear upon the purpose of punitive damages, including… the profitability of the misconduct to the defendant… the attitude and conduct of the defendant upon discovery of the misconduct… and the total effect of other punishment likely to be imposed upon the defendant as a result of the misconduct, including compensatory and punitive damage awards.” In this case, the Court didn’t think much of the Baptists’ attitude. First, the defendant cut the timber and removed the sand in order to line its own pocket, that is, to obtain cheap building materials for the camp. Second, the pastor continued to deny any willful misconduct throughout the trial, a denial that flew in the face of proof to the contrary and his own admission that he had been shown a clearly marked boundary prior to these takings. The appellate court dryly called the jury’s awarding compensatory and punitive damages a “just” result.

Kee Nee Moo Sha argued for use of the “replacement value” measure of damages also authorized by Rector, but the Court noted that in instances where the cost of replacement is unreasonable or excessive in relation to the damage to the land itself, the trial court may, in its discretion, allow the jury to consider more than one measure of damages in order to permit flexibility and achieve a just and reasonable result.